There are at least 2 bands called XeX, an experimental/minimal wave act, and a thrash metal band. Xex (1) were a more experimental wave band, formed in South River, New Jersey. They were a mysterious affair, releasing one record in 1980 and disappearing soon after. The band "began" as a high school kazoo trio. Member Waw Pierogi's interest in science led to several unique delay and echo experiments in the early years, most of which were employed on the band's debut. 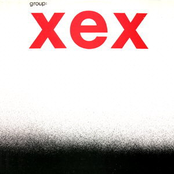