Touch Sensitive is an alias of Michael Di Francesco (the keyboardist and synth-wizard from Van She). Di Francesco debuted under the Touch Sensitive alias with the release of "Body Shop" in 2004. After what seemed like a long hiatus, a collaboration with Anna Lunoe surfaced in 2012 ("Real Talk"). The singles "Pizza Guy / Show Me" came in Spring 2013 on the Sydney-based Future Classic label. Procuring an undeniably 80s-aesthetic, the Touch Sensitive project represents a revitalized interest in the synth-pop and disco music from that era. 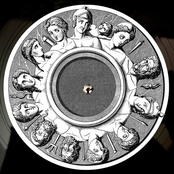