The Trial are an experimental German-Turkish-Swiss alternative-band, playing music somewhere in between rock, pop, wave, industrial and several other styles. They are one of the groups that attracted attention as being "different" to what was and is usually known as Turkish popular music in Germany (arabesk, Turkish hip hop, ...). Their exposing attribute is, that they act as a unique in Germany's underground music culture. Actual Members Voice, Instruments, Lyrics: αlabay (since 1985) 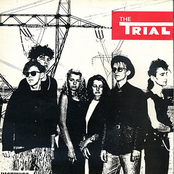