The Lover Speaks were a new wave duo consisting of London based singer/song writer David Freeman, and Joseph Hughes (arranger, composer). They sang the original version of the song "No More I Love You's'," which became a huge hit for Annie Lennox in 1995. David was born in East London on September 25, 1957. As a teenager in the late 70s he began playing guitar in the British punk band The Flys, recording two studio albums and a clutch of singles on EMI, Harvest and Parlophone. 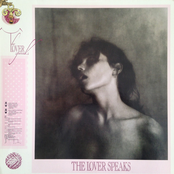