Artist Info: South Of No North

There are at least two band with the name South of No North. A rock and roll band from Newbury Park, California. They play agressive lawrence arms meets against me meets jawbreaker type jams. Currently residing on Grey Flight Records. Also, a dark wave band from Athens, Greece. Formed in 1983 and released four LPs, which are very rare today. In 2004 the first LP was re-released.

Top Albums South Of No North 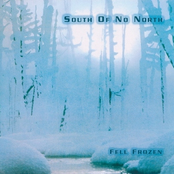