Rendez Vous is a name that has been used more than once: 1. a Polish new wave/rock band 2. a Lithuanian group 3. Slovenian pop group 4. a French post-punk band 1. Rendez Vous is a Polish band formed in Łódź in autumn 1983. The group released the album (Rendez-vous, '86) and two singles before they split up in 1987. In 2001 the band reunited, recorded new tracks and played a few gigs also in the following years. After another period of break the group reactivated again in 2012. 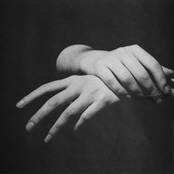