Pete Wylie (born 22 March 1958, Liverpool) is an English singer/songwriter, best known as the leader of the group variously known as Wah!, Wah! Heat, The 5,000 Names of Wah! or even The Mighty Wah!. Active from 1979, they garnered critical acclaim for the single Better Scream and the album Nah Poo! The Art of Bluff. Their biggest hit single was The Story of the Blues, which was released in late 1982, and ultimately reached Number 3 in the UK singles chart. 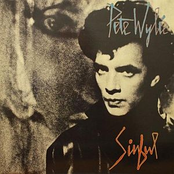