Formed in 1982 in Buenos Aires, Argentina, Los Encargados is considered to be one of the first Argentinian new wave band. The members were Alejandro Fiori, Daniel Melero, Hugo Foigelman, Luis Bonatto, Mario Siperman. Their first and only album, Silencio, was released in 1986, and the band dissolved in 1987. 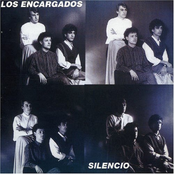