There were many theories about the identity of the musicians in this band. Some thought their one and only album, 'Walls have Ears' was by the Attractions (Elvis Costello's band) whom they superficially resembled. Others noted the "direction" credit to well-known producer (and Costello associate) Roger Bechirian and assumed all songs and instruments must be by Bechirian. Some reviews at the time mentioned the name Pete Marsh as the possible main-man of the band – Marsh was originally a member of Easy Street 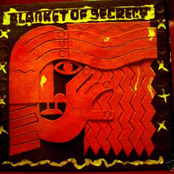