A Blaze Colour was the project of Ludo Camberlin (vocals & synths) and Bam aka Karel Saelemaekers (synths & visuals). Bart Azijn is often credited as being a member, but was only inlolved insomuch as he provided lyrics for some of the songs. They formed in Belgium in 1981 and disbanded in 1983. Their only releases were a demo cassette in 1981, plus a 7inch vinyl single and a 12inch vinyl EP in 1982. All three of these releases were titled Against The Dark Trees Beyond, which would seem to have been part of the band's name from the start. 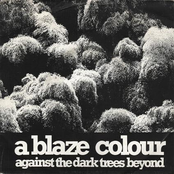 Against The Dark Trees Beyond 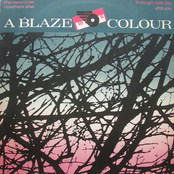